Samburu Game Reserve lies in the northern frontier and is essentially lava plain that features steep sided gullies and rounded hills wherein the 32-kilometre Ewaso Nyiro river which provides both the central feature of the landscape and the lifeblood of the ecosystem thrives. The vegetation comprises predominantly acacia woodland interspersed with bush, grass and scrubland, broken here and there by small rugged hills. The meandering loops of the river are bordered by a narrow gallery of riverine woodland in which acacia and doum palm flourish. This is a dry country ecosystem and is therefore prone to large variations in animal population as they move in search of water and pasture. The range of rare species in the ecosystem include, the reticulated giraffes, grevy’s zebras, beisa oryx, somali ostrich and the long-necked gerenuks. The bird life is diverse and prolific and includes the marshal eagles, pygmy falcons, hornbills and egyptian geese. Here you’ll also meet the often strikingly tall and slender Samburu people swathed in brilliant red cloth ‘Shukas’, hung about with beads and metal jewellery. The young men (Moran) favour long, plaited, ochre-daubed hairstyles and have a formidable reputation for glamour, prowess and ferocity. Traditionally, the Samburu live off the milk and blood of their cattle and believe that all the world’s cattle are theirs by God-given right. Their nomadic and pastoral lifestyle is historically based on the pursuit. Adjacent to this area is the Meru National Park home of ‘Elsa’ the lioness befriended by Joy and George Adamson and featured in Joy’s book and film, ‘Born Free’ 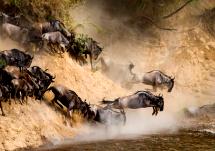 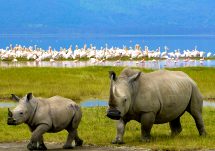 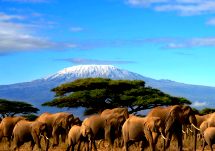 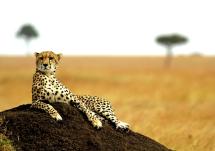 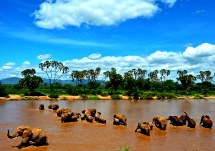 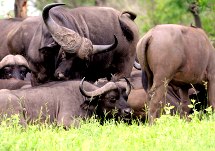 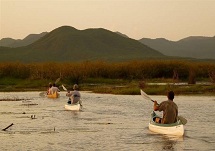 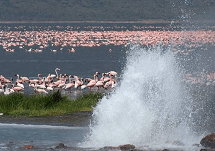 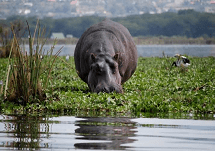