the third-largest national park in TANZANIA

The Katavi National Park in western Tanzania is the third-largest national park in the country and provides the most singular wildlife spectacle – The Hippos. Towards the end of the dry season, up to 200 hundred individuals might flop together in any riverine pool of sufficient depth. In the woodlands to the west, forest canopies shroud one of Tanzania’s greatest concentrations of buffalo and elephants. The park is also home to the rare roan and sable antelope species. It was established in 1974 and is one of the most remote, vast, natural and pristine parks in Africa. Scenery in the Park varies from seasonally inundated grassland plains in the shallow basins to the steep escarpments of the rift valley. The vegetation is a mosaic of closed to open woodlands, scrublands, grasslands, swamps, seasonal lakes and riverine vegetation. The main focus for game viewing within the park is the Katuma River and associated floodplains such as the seasonal Lake Katavi and Chada where most animals congregate. An estimated 4,000 elephants might converge on the area together with several herds of 1,000-plus buffalo, while an abundance of giraffes, zebras, impalas and reedbucks provide easy pickings for the numerous lion prides and spotted hyena clans whose territories converge on the floodplains. 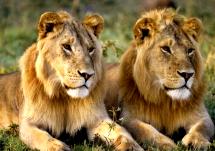 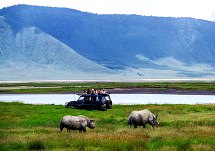 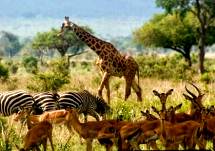 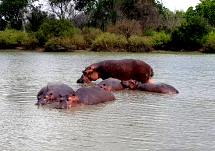